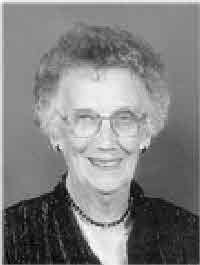 M, #23939, b. 13 August 1916, d. 15 February 1951
He was born on 13 August 1916 at Moosomin, RM of Moosomin No. 121, Saskatchewan, Canada.4,5,2 Joffre married Kathleen Ruth Martin on 7 September 1940 at Drake Hotel, Regina, Saskatchewan, Canada.6,3
Other information from their marriage registration and/or news article about their wedding:
The Maid of Honour and Best Man were Dorothy Martin and Ralph A Gienow. His parent(s) were listed as J. Baker. Her parent(s) were listed as M E Martin and Mrs. M E Martin.3

Joffre Thomas Baker appeared in the 1921 Canadian Census of Moosomin, RM of Moosomin No. 121, Saskatchewan in the household of his parents, John Thomas Baker and Jennie Baker.2
The following newspaper article appeared in the Regina, Saskatchewan Leader-Post 9 September 1940 :
J. T. Baker and Miss Martin Wed
DRAKE - Drake Hotel, Regina was the scene of a pretty autumn wedding Saturday, Sept. 7, when Kathleen Ruth Martin, younger daughter of Mr. and Mrs. M. E. Martin, Drake, became the bride of Lieutenant Joffre Thomas Baker, son of Mr. and Mrs. J.. Baker, Moosomin. The bride until recently was vice-principal of Welwyn high school and the groom is a member of the R.C.A. The bride was given in marriage by her father. Rev. R. Y. Tindale, Wapella, performed the ceremony.

The bride was charming in a dress of heaven blue sheer, with navy accessories. She carried a bouquet of pink carnations and roses. She was attended by her sister, Dorothy, attired in Monterey rose sheer, and the groom by Ralph A. Gienow, Saskatoon. The brides mother wore a dress of navy sheer? and the groom's mother navy flowered crepe.

The wedding dinner was held in the private dining room of the Drake hotel. The table was centered with a tiered cake. The room was adorned with bouquets of gladioli and fern. After a short honeymoon the bride and groom will take up residence in Winnipeg. Among those present at the reception were Mr. Tindale and Glen, Wapella; Dorothy Martin, Lewvan; Mr. and Mrs. J. Baker, Moosomin; Mr. and Mrs. M. E. Martin, Drake, and R. A. Gienow, Saskatoon.3

See the footnotes below for a link to his on-line obituary that appeared Leader-Post published in Regina, Saskatchewan, 16 February 1951 .1