M, #17641, b. 23 February 1887
Pedigree
He was born on 23 February 1887 at Saskatchewan, Canada, 5 miles northeast of where Lipton was later built.2,3 Robert married Gladys Phillips.1,2
In the obituary of Gladys Thelma Kreutzer who died 24 December 2003, her father, Robert Hays was listed as predeceased.1

F, #17646
Pedigree
Margaret married Lindley Joseph Andrus on 19 July 1899 at Simcoe County, Ontario, Canada.2
Her name was also recorded as Sarah on her son Edmund's birth registration.3 She was commonly known as Maggie in her Ontario Marriage registration.2

Notes for Alexander Hall (Paddy):
Alexander Hall's mother died and he was raised by a grandmother. He had a brother Christopher and a sister Sarah ( Sally) who both came to California, and he never heard from them. His father married again and had at least one child and maybe more. They emigrated to Paris Ontario.

Acc. to the family Bible , Alex came to canada in the year 1867. He paid his own way and when he got to Toronto, his money had run out. He slept on planks up on trestles, beside a house that was being built, and used his knapsack as a pillow. Just how he purchased his farm and in what year and got to Duncan Ont. I do not know. At that time in Toronto there was "The Canada Co., and also Crown Land being given. One could arrange for property, sight unseen.

His first wife Ann died within a few weeks after the birth of their second child Thomas at the age of 29. Her sister Martha Ditty came and took care of the two children until Alex married Miss Mary Miller

Alex settled on Lot 8 Con3 Euphrasia Twp. and had 100 acres across the road from Duncan Lake. He found it very rocky so he purchased the hundred acres south of him in the summer of 1877. It was when he went to see the agent John Knott to buy the land that he met Knott's sister's daughter Mary Miller who had come from Co Sligo in Ireland.1 John Lisk and Annie Yourt
He was born on 18 May 1841 at Germany.2,3,4 John married Anne Yourth circa 1862, estimate based upon Annie's obituary.6,2,3,7 John married Anne Yourth on 13 January 1867 at Alice Twp., Renfrew County, Ontario, Canada, Janet (Lisk) Brown wrote: Email Aug 13, 2004 - I sent away for a copy of their marriage licence. It states: John married Hanna (Annie) Yurth (Jurt), daughter of Gottleb Yourt and Liese Gulik on 13 Jan 1867 in Alice Twp. [A year of marriage of 1862 would be more consistent with information included in her obituary. - Rick Moffat]8,3
He died on 2 August 1918 at Eganville, Renfrew County, Ontario, Canada, at age 77 according to Ontario Death Registration 034304.5,4      John Lisk was buried at Melville United Church Cemetery, Grattan Twp., Renfrew County, Ontario, Canada.4 The cause of his death was given as arterio sclerosis vavular heart disease due to nephritis.5
John Lisk, of Eganville, Ontario, was listed as next-of-kin on his daughter Minnie's attestation (enlistment) papers.8,9

John and Hanah Lisk appeared on the 1881 Canadian Census of Renfrew County, Ontario, enumerated 4 April 1881.. Their children, Fredrick, John, Hanah, William, Herman, Augusta, Henry, Albert and Mary, were listed as living with them.8
John and Annie appeared on the 1901 Canadian Census of Grattan Twp., Renfrew County, Ontario, enumerated 31 March 1901. John was described as a farmer. Their children, Herman, Albert, Menny and James, were listed as living with them.9
She was commonly known as Annie according to her gravestone and the 1901 census.9,10 Anne Yourth immigrated circa 1856...when 15 years old came to this country...6,11 She immigrated in 1863 to Canada from Germany.9
The following obituary appeared at the newspaper the Eganville Leader published in Eganville, Ontario 2 February 1923 :
The death occurred at the home of her son, John Lisk, on Jan 28, of Anne Yourt, widow of the late John Lisk, aged 81 years and 10 mos. Deceased was a native of Germany and when 15 years old (about 1856) came to this country, to the Pembroke area with relatives.

Six years later (about 1862) she married John Lisk, a school companion in her native place. The young couple settled on a farm at Mink Lake, Wilberforce Twp, for 15 year (until about 1877). Then they moved to Grattan, where they farmed until moving to Eganville, 16 years ago (until about 1905). Four years ago the husband and father passed away (about 1919.) They leave a family of 11: Fred of Oshawa; John of Eganville; William of Golden Lake; Herman of Westmeath; Henry of Australia; E. Albert of Eganville; James of Ottawa; Mrs James Leonard of San Diego Calif; Mrs. W.A. Smith (sic), Ottawa; Mrs D. Hawley of Bancroft; Nurse Minnie Lisk of Eganville

Note: dates in brackets added by Rick Moffat. The above text (from the book) varies slightly from the text in Janet Brown's email message.13 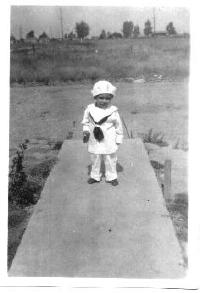